Manuel Belletti returns to success. The rider of Androni Giocattoli Sidermec put his wheels in front of everyone in the seventh and penultimate stage of the Tour de Langkawi.

So comes the victory in the Malaysian race for the champions of Italy, so far protagonists and always placed with the same Belletti and Malucelli. Belletti was good at entering the decisive action with nine other escape companions, who scored the last part of the Nilai-Muar of 222 kilometers. In the narrow sprint, Zhupa and Tleubayev surpassed with great inspiration. For the sprinter this is a particularly important success, celebrated with his arms in the sky and the liberating cry of joy, after the fall in Argentina in January and the consequent long stop due to the cost micro-fractures. The last victory of Belletti, who in his palmares also has a stage in the Giro d’Italia, was dated 2016.

Also in the eighth and final fraction of the Malaysian race came the second place of Manuel Belletti, behind Andrea Guardini and in front of Luca Pacioni. For the Italian sprinter of the Italian champions, the nice place in the fraction of Kuala Lumpur, after the great success of the penultimate stage, was the further confirmation of a condition in continuous improvement after the problems at the beginning of the season. Moral, enthusiasm and results, therefore, for the racer from Romagna, back to racing right in Malaysia already with the good leg, as they say in jargon: a clear sign for Belletti of a good and meticulous preparation even in the period when he was far from races after the fall in Argentina in January. 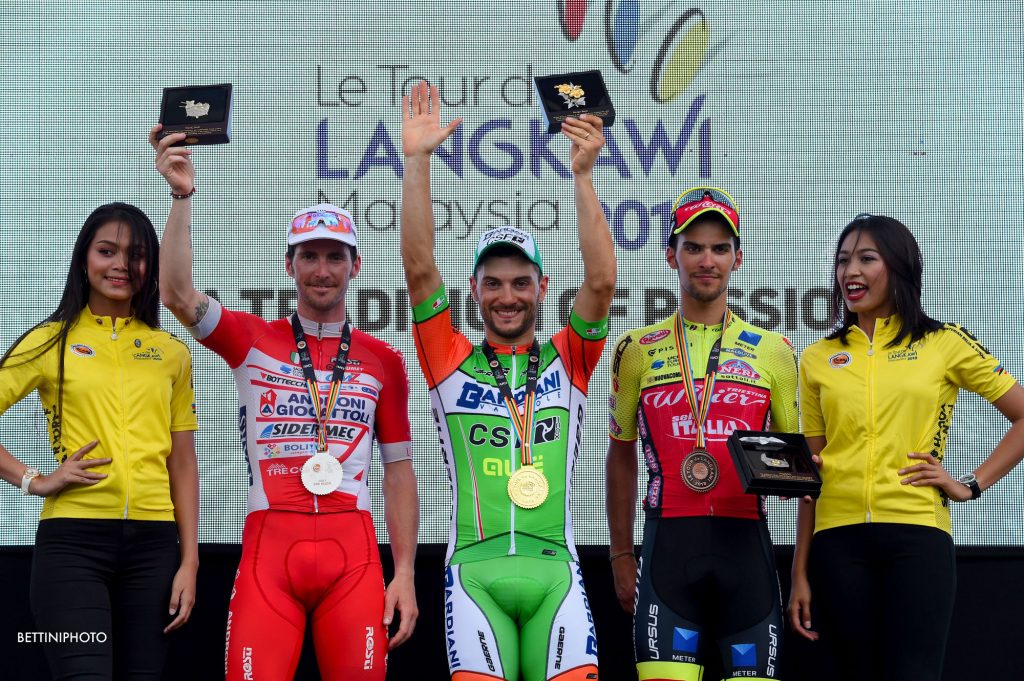 Belletti, like all the Androni Giocattoli Sidermec, also in this last stage has shown to have a good pedal stroke, going to center the umpteenth place of this Tour de Langkawi, to which must be added the victory, a fourth and a fifth place. The second place on the podium, it must be remembered, Matteo Malucelli, the other sprinter of the team, had reached the second stage.