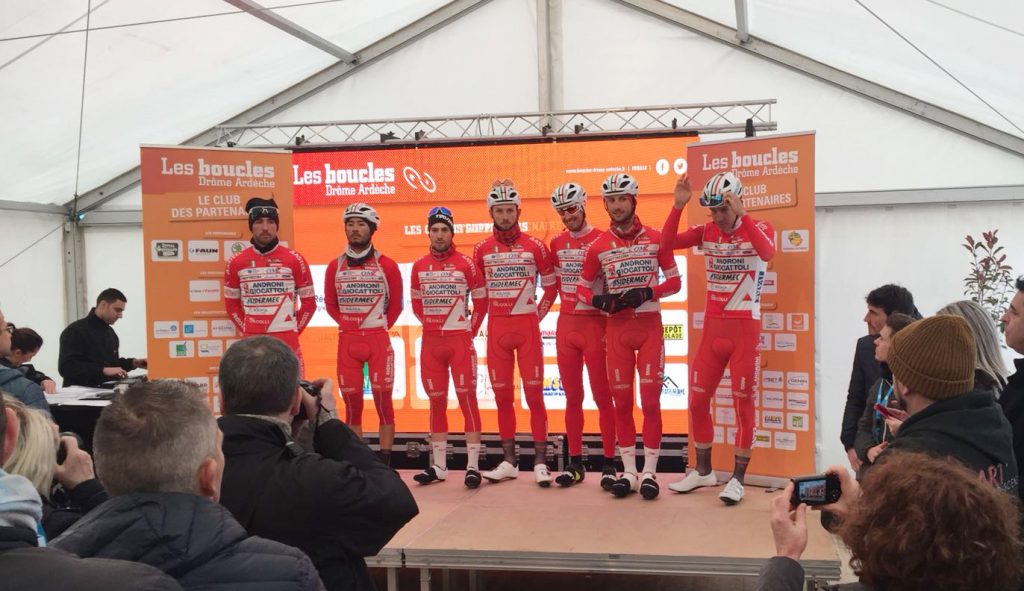 Two good races, interpreted with the usual fighting spirit and the spirit never renounced. These are the ones that were staged during the weekend in France, which saw several Wolrd Tour teams involved and Androni Giocattoli Sidermec as a good protagonist. The Italian champions, who look with determination to the Larciano race on Sunday, valid as the second round of the Cycling Cup, and with equally interest to the White Streets, Gazzetta di Sabato, have honored their participation in the two days of Les boucles Drome. Ardèche, making it the best viatic for the next important Italian weekend.

The French weekend for Androni Giocattoli Sidermec started on Saturday with the Classic de l’Ardèche Rhone Crussol: the challenging race saw the success of the home hero Romain Bardet. In the home of the Italian champions came the good trials of Mattia Cattaneo, Rodolfo Torres and Davide Ballerini, who closed respectively in 18th, 24th and 26th position, in practice in the first small groups that have marked the warm stages of the race. First, Raffaello Bonusi had been very good at getting into the day’s breakaway.

Sunday French bis at the Royal Bernard Drome Classic, won by the other runner of the Calmejane house and with a great David Dustinini. The young Lombard from Androni Giocattoli Sidermec, in a race marked by cold temperatures, has ridden with the best in the last and decisive twenty kilometers, trying also to prolong several times. In the end, for him who had made his debut at Laigueglia, a brilliant 15th place arrived, in the same lot of runners who fought for the fourth place behind the three fugitives. Good also Marco Frapporti, 19th at the finish line.

For Gavazzi and his companions, the two French races were therefore the best competitive “step” in view of the important appointment on Sunday with the Larciano Industry and Craft Prize that will award heavy points for the Cycling Cup.