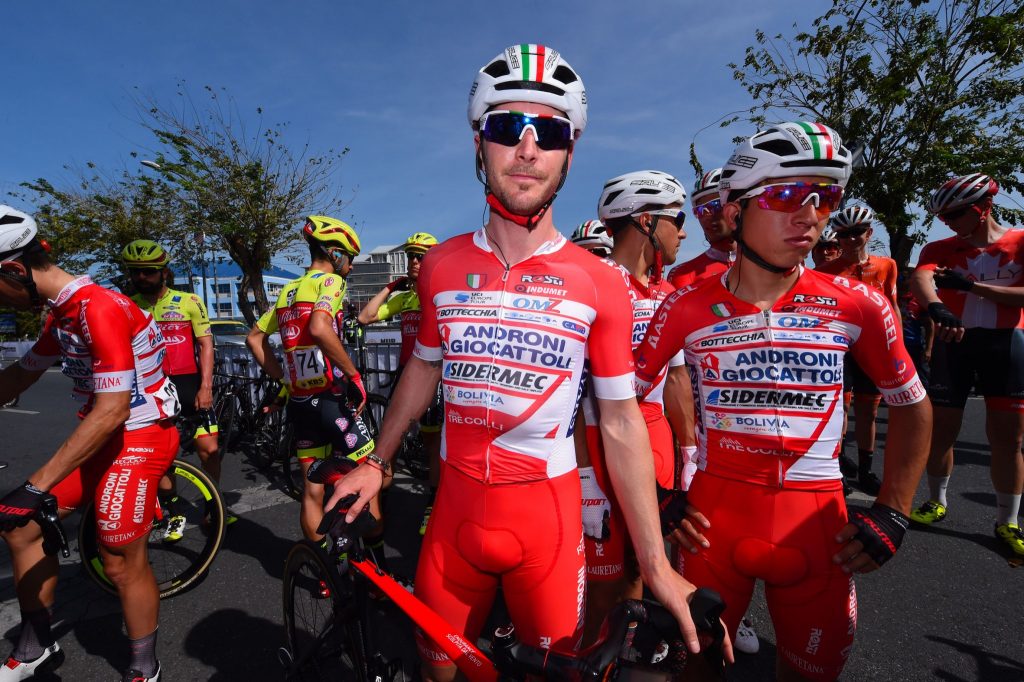 First stage and podium touched by Androni Giocattoli Sidermec at the Tour de Langkawi. In Malaysia, in the first of eight days of racing, he finished fourth place Manuel Belletti.
To win the 148 km Kangar-Kulim was Andrea Guardini, who confirms the prince sprinter in the history of the Malaysian race with the 23rd success in his career. Guardini passed Seo and Debesay.
The Malaysian opening would certainly have been able to play even more than the fourth place even Manuel Belletti intends. The Romagna racer of Androni Giocattoli Sidermec, who preceded Minali and Pacioni, was hindered by a fall just over a kilometer from the finish line. Belletti, in order not to end up on the ground, had to “cut” off the road on the lawn, just like his partner Malucelli (12th finish line), who was driving him to the final sprint Despite the slowdown, Belletti was still very good at closing fourth: about fifty feet more would probably have managed to fight for the victory.
The team manager of Androni Giocattoli Sidermec Gianni Savio, who from Malaysia, comments: “I must once again congratulate the boys for the excellent performance of the race and especially to Manuel Belletti, who has shown that he has prepared well, as an excellent professional, after the fall in Argentina in January and the long stop for costal microfracture. Without the slowdown in the final he could certainly have fought for the first place ».
To confirm the good day overall of the team, it must be remembered that, after the first part of the Malaysian race, Androni Giocattoli Sidermec leads the team classification.
Tomorrow the Tour de Langkawi will continue with the second stage, the 208-kilometer Gerik-Kota Bahru.