ANDRONI GIOCATTOLI SIDERMEC: GOOD START AT THE COPPI&BARTALI WITH BALLERINI 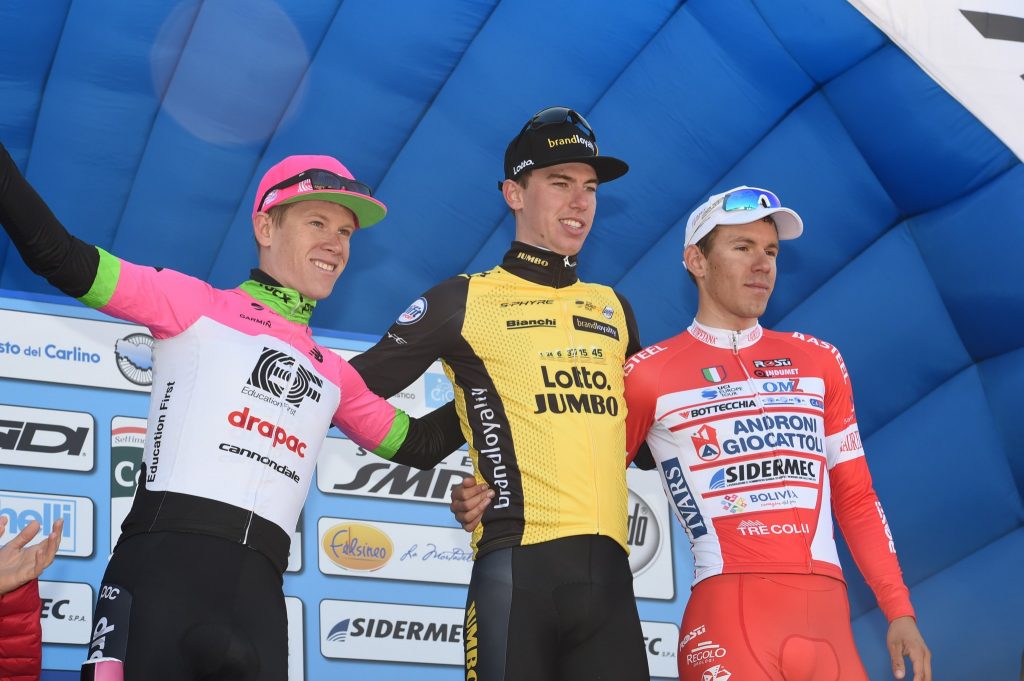 The Coppi & Bartali International Week for Androni Giocattoli Sidermec starts well. This morning in the first stage from Gatteo to Gatteo, with the departure from the factory of Sidermec, the historic sponsor of the team, Davide Ballerini placed third. In the afternoon, instead, brilliant sixth place for Androni Giocattoli Sidermec in the team time trial, which ended the first day of the short stage race organized by Gs Emilia.

The stage of the morning was marked by the two-man breakaway of Craddock and Eenkhoorn with the latter’s success. After a minute and seven seconds arrived the group, dominated by Ballerini, who had a very good condition already shown in Larciano where he had passed the third place on the podium. Ballerini preceded Lawless, Pedersen, Canola, Maronese, Fedeli, Battaglin and Stacchiotti with authority.

In the afternoon, the team time trial crowned Sky, a favorite of the day, with Androni Giocattoli Sidermec, a great sixth classified just 16 seconds behind the winners. On the 13.3 kilometers from Gatteo a Mare to Gatteo it was really good the test of the blows of Italy that have left behind emblazoned teams. Ccc Sprandi, Mitchelton, Team Lotto Jumbo and Trek Segafredo concluded with Sky, with the Italian champions just six seconds from the podium and ahead of Ef Education, Gazprom, Nippo, Wilier and Movistar.

Tomorrow at Coppi & Bartali is scheduled the second and challenging stage from Riccione to Sogliano sul Rubicone of 127 kilometers.

Meanwhile, Androni Giocattoli Sidermec will continue its commitment to the Tour de Langkawi in Malaysia, which will end on Sunday. Yesterday more good news with Manuel Belletti, fifth of the day and in evidence recovery after the fall in Argentina in January and the long-term risk.