Day marked by misfortune for Androni Giocattoli Sidermec at the Tour of the Alps. In the third stage with arrival in Merano, Ivan Sosa had unfortunately to give up to the violet jersey because of a fall during the last downhill towards the finish line. 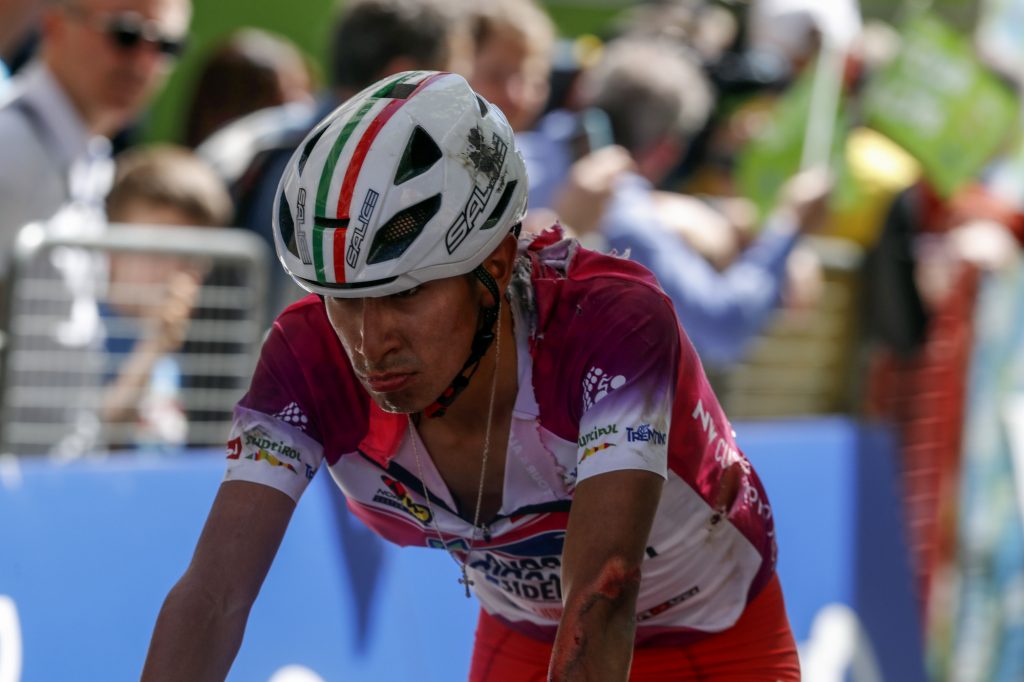 The young Colombian has fallen while he was in the front of the race, fighting to defend his jersey: a hole on the asphalt made him slip, causing few abrasions, and the lost of several minutes in the standings. The Colombian, who was leader of the young, finished with a delay of 4’09” from the winner O’Connor and now he is 21° in the general classification, 4’04” from the first, Pinot.

The stage for Androni Giocattoli Sidermec, Sosa apart, also recorded the falls of Rodolfo Torres and Alessandro Bisolti. The first one reported a contusion at the elbow, while for Bisolti, after the ritual tests at the hospital, they seem to have avoided fractures; for him a big blow and a lot of pain in the rib.

The best of the day for the champions of Italy, targeted by bad luck, was Fausto Masnada, with Sosa in the long stretches of climb. Masnada is now also the best runner in the rankings for Androni Giocattoli Sidermec.