ANDRONI GIOCATTOLI SIDERMEC IN THE TOP TEN OF THE FIRST STAGES 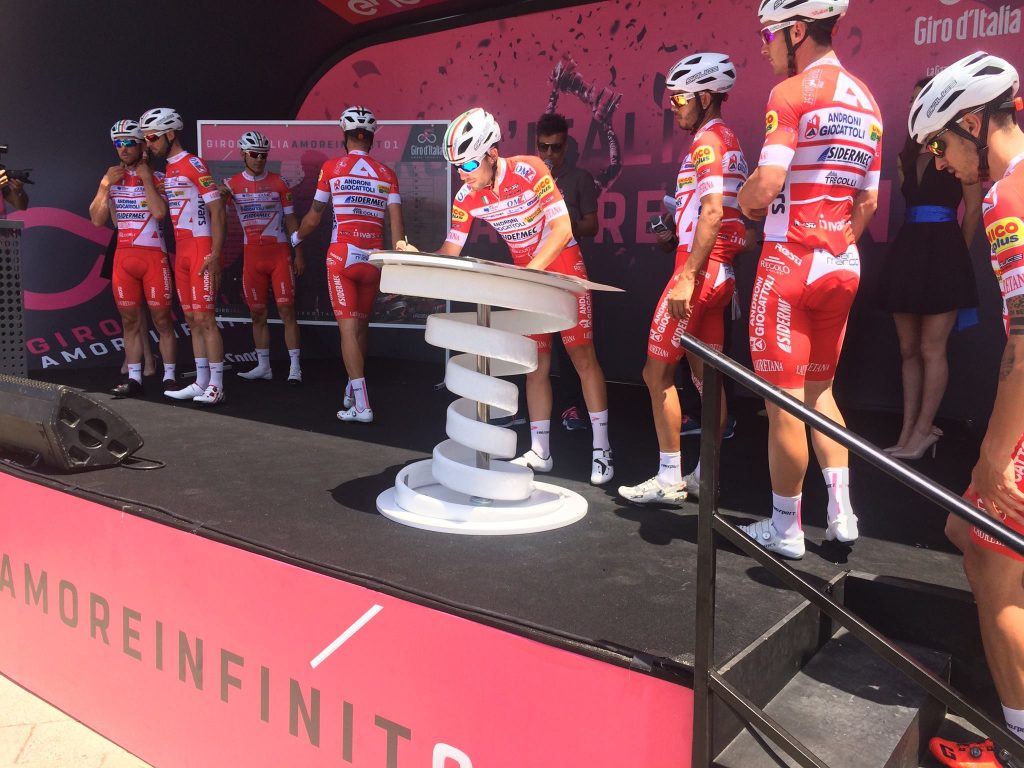 It began with the attack began first, and with a placement then,  the Giro d’Italia of the  Androni Giocattoli Sidermec, in the first stage in line after the time trial. To take away, the first escape of the 101th edition of the pink race, in the second stage Haifa-Tel Aviv, was Davide Ballerini. A good result for the day is Manuel Belletti, eighth in the final sprint won by Elia Viviani.

Davide Ballerini attacked at the biginning of the race and the fifth kilometer was already on the sidelines. Nice action, with two other riders, which led him to win the flying finish of Acres, the first of the Giro. On the Grand Prix of the mountain of Zikhron Ya’Aqov at kilometer 91 of the 167 of the stage, the group has sewed up the strikers, with Ballerini still good at resisting and closing third on the GPM.

In the final, a compact group waiting for the sprint in the center of Tel Aviv, marked by some difficult corners. To sprint for the Italian champions Manuel Belletti, who finished eighth, after bad luck. One kilometer and a half from the line a bottle under the rear wheel was about to drop him, while 300 meters from the finishing line, when he was now ready to launch its sprint to the best, the Romagnalo remained closed in the middle of the road. Belletti placed in the top ten, determined to do even better. Also in the third Israeli stage, the Italian Champions were highlighted, with Marco Frapporti a great protagonist of the day. At the final sprint, however, the seventh place of Belletti.

Frapporti was the promoter of the escape of the three riders that marked, even beyond the forecasts, the desert stage. After having taken a nothing after the kilometer zero, the expert rider from Brescia, where Bovin and Barbin have joined, has been discovered for 223 of the 229 kilometers of a fraction, the Be’er Sheva-Eilat, which provided for the long and warm passage in the Israeli desert, also marked by the strong wind. Frapporti, who at the end of the stage was accompanied in the Rai tents for interviews reserved for the protagonists of the day, also won the Grand Prix of the mountain of Faran River, with an extension right next to the passage on the fourth category gpm, and closed at second place in both the flying goals of the village.

In the final rush, after reuniting, Manuel Belletti sprinted well. In the “traffic” of the sprint, won again by Elia Viviani on Modolo and Bennett, the Romagna of Androni Giocattoli Sidermec closed in seventh place.

The Giro, after three days in Israel, sees today the first day of rest to allow runners and caravans to return to Italy. Tuesday will start from Sicily with Catania-Caltagirone.