Reparto Corse| Uncategorized| AGAIN A BREAKAWAY FOR THE ANDRONI GIOCATTOLI SIDERMEC: ALWAYS FRAPPORTI IN THE FRONT

AGAIN A BREAKAWAY FOR THE ANDRONI GIOCATTOLI SIDERMEC: ALWAYS FRAPPORTI IN THE FRONT 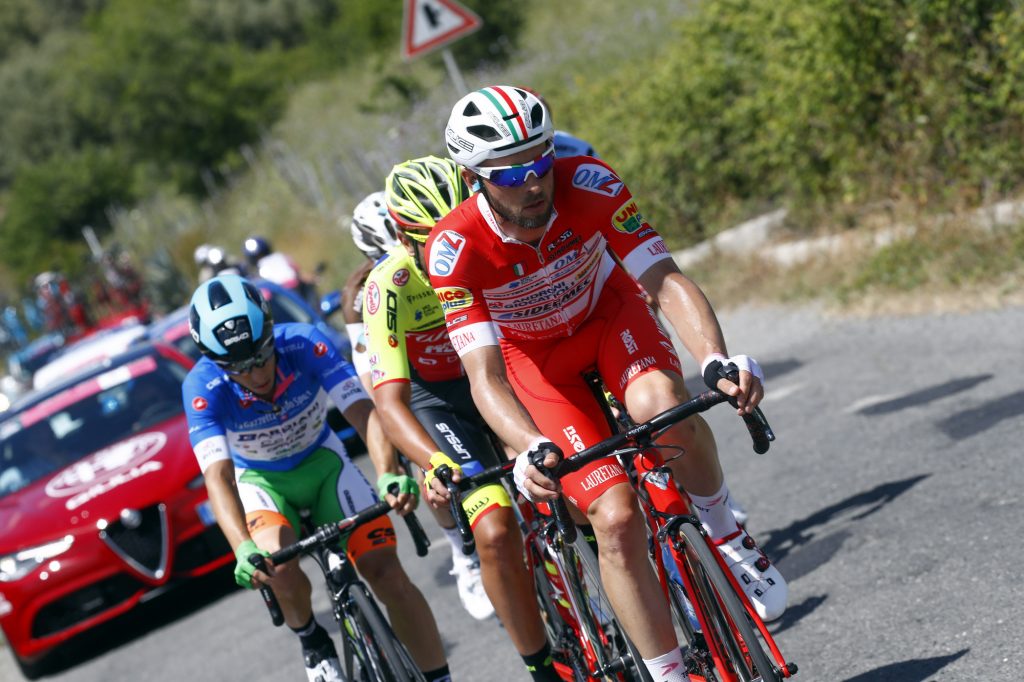 The return to Italy did not change the leitmotiv for the Androni Giocattoli Sidermec in this Giro. Third stage in line and third escape for the Italian champions. Marco Frapporti was in the breakaway, as in the last stage in Israel. The 33-years-old rider from Brescia, with the Androni Giocattoli Sidermec since 2013, was one of the promoters of the 202 kilometer Catania-Caltagirone breakaway, the fourth stage of this Giro 101.

In the classic arrival of Caltagirone, which saw the Belgian Wellens shine, the best of the Androni Giocattoli Sidermec was Mattia Cattaneo, who finished among the best at 21 “, with the same time of Chris Froome. Just a little further behind, at 27 “,  Fausto Masnada and Francesco Gavazzi.

Tomorrow for the fifth stage arrival in Santa Ninfa, but first come the words of the team manager Gianni Savio: “Congratulations to the guys who have interpreted the best provisions of the race and once again the race itself, not easy in a stage like the Giro where certainly everyone wants to well figure and stand out. For the third day we were on the run, resulting in this the only ever-attacking team “.

Meanwhile in Catania, the has been the presence of some of the team’s main sponsors in the village of the Giro. Thanks to the Asteel stand, the sports promotion agency that manages communication and image of Androni Giocattoli Sidermec, in the commercial area of the individual stages, there is a stand dedicated to the promotion and distribution of gadgets, where the partners of the Androni Giocattoli team appear UnicoPlus, Ivars, Salice, Sidermec, Silicon, Omz and Tre Colli. On the team bus near the starting areas, instead, with Androni Giocattoli Sidermec the names of other historical partners like Lauretana, consolidated like Bottecchia and emerging as Tenuta Ulisse stand out.