ON THE GRAN SASSO ONE MAN LEADING. MASNADA’S GREAT CHALLENGE. 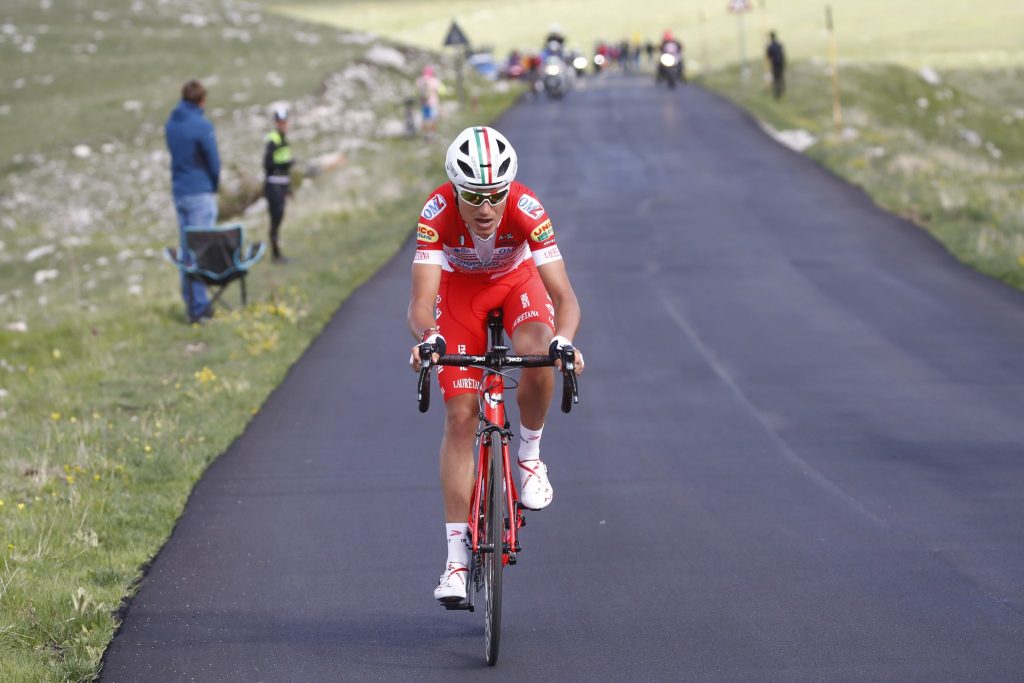 “Really great compliments to Fausto Masnada. On the Gran Sasso he has done something exceptional. I must say that at a certain point, following him closely in the flagship, I thought he could do it ». We must start from the words of the Androni Giocattoli Sidermec team manager Gianni Savio to talk about the Pesco Sannita-Gran Sasso of Italy (the 9th stage of 225 kilometers) that saw a great Fausto Masnada.

The Bergamasco climber from Androni Giocattoli Sidermec first entered the fourteen riders on the breakaway that marked the stage and then lengthened everything only when there were still twenty kilometers left to the top of the Gran Sasso at Campo Imperatore. Beautiful, the solitary action of the 24 years old, recently third in the Giro dell’Appennino, who has detached the companions of adventure and held up for a long time on the return of the group, which managed to mend him less than 3 kilometers from the finish line. The escape, which started at the beginning of the stage, had surpassed the 8-minute lead. But before the attack of the final part of the climb the platoon had greatly reduced the gap. Masnada was very good for several kilometers to keep between a minute and a half and two minutes ahead of the big recovery in the standings. “We believe a lot in Fausto” continues Gianni Savio “so much so that he has already renewed the contract with Androni Giocattoli Sidermec also for next year”.

Masnada absolute protagonist of the stage of the Gran Sasso, won by the pink jersey Yates, but not only for the Androni Giocattoli Sidermec. For the Italian champions, in fact, today’s was the eighth consecutive stage on the breakaway: in the action of fourteen men there was Masnada, who also won a GPM and Davide Ballerini, first in the two intermediate sprints of the day .

The Giro today sees its second day of rest. Tuesday will start from Penne to Gualdo Tadino.