GREAT CHALLENGE FOR THE REDS AT THE CAPOLIVERI LEGEND 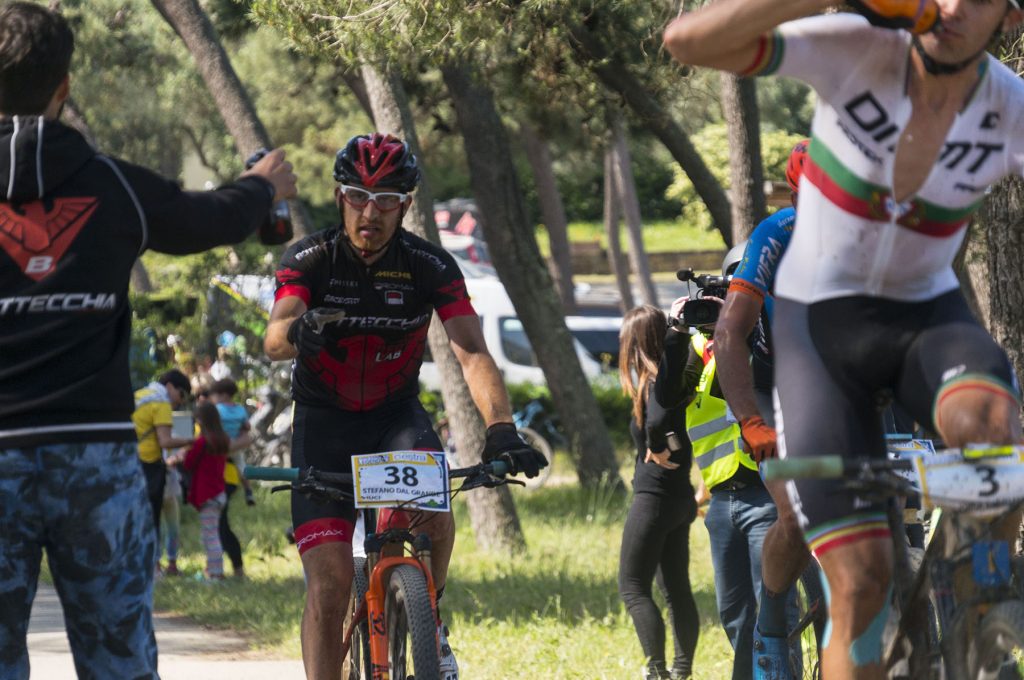 Stefano Dal Grande is 14th in the Marathon World Cup test held in Elba. Bonelli 19th and Pavarin 29th. All 3 in the top 30!

In Capoliveri, on the South-East side of the Island of Elba, the 6th round of the UCI Marathon Series took place, the Marathon World Cup. Our Team was present with the 3 specialists Dal Grande, Bonelli and Pavarin with the young Emanuele Tonoli engaged in the 40km Classic route.

The previous day there was a small town where, with a battery of 4, the athletes competed in the alleys of the splendid Capoliveri. Our fast passer Marcello Pavarin placed in 5th place winning the final B. Too bad that for a breath he could not conquer the final A where he could play the victory.

The next day the highlight with the Capoliveri Legend that has a journey of 78km with 2900m in altitude, really challenging given the continuous ups and downs but with a view that has been open to all participants. Superb bottecchia with all 3 athletes in the first 30 in a World Cup trial! Stefano Dal Grande confirms his great form and promises to be one of the athletes to be feared for the next races: throughout the race he is in the group of pursuers behind the first 6, occupied by world-famous names. Dal Grande does not drop in the final and closes with a fantastic 14th place.

Efrem Bonelli is also in the game, too bad that he is often chasing alone, unable to find a group with an appropriate rhythm. For most of the race manages to keep the group of pursuers in which Stefano is also part but then in the final he is forced to continue with his pace and closes with an excellent 19th place, also thanks to a puncture resolved anyway by the Bottecchia staff in the technical area.

Marcello Pavarin is 29th: good performance that confirms the growing form of Marcello. Also present the young Tonoli engaged in the shortest route (Classic 40km): even his performance is excellent, up to 3/4 of the race occupies the 5th position (and 1 ^ category) but an inattention at a crossroads brings him to make a wrong route and is forced to retire due to route cut. Truly a pity but the important thing is that his condition and his performances are always growing, a sign that the boy is improving both technically and physically