Reparto Corse| Uncategorized| FRAPPORTI ALWAYS IN THE BREAKAWAY, BELLETTI STILL PLACED (7°): WHAT AN ANDRONI GIOCATTOLI SIDERMEC AT THE GIRO!

FRAPPORTI ALWAYS IN THE BREAKAWAY, BELLETTI STILL PLACED (7°): WHAT AN ANDRONI GIOCATTOLI SIDERMEC AT THE GIRO! 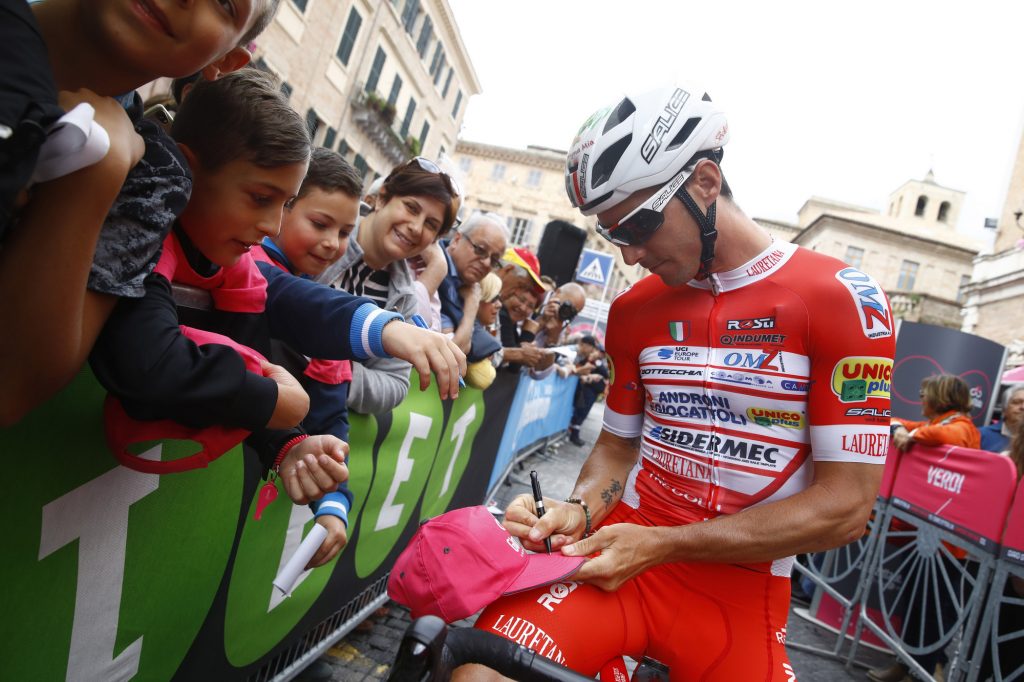 The Androni Giocattoli Sidermec does not lose the habit of staying in front of this Giro d’Italia. In Imola, a short distance from the headquarters of the second team sponsor, the Italian champions re-proposed the well-established canvas for this pink race. A rider in the breakaway and another placed in the top ten of the order of arrival. This happened in a busy twelfth stage from Osimo to Imola (214 kilometers). Marco Frapporti was on the run; Manuel Belletti, with the seventh place in the final sprint, picked it up once again.

For the eleventh day, since the Giro started, after the time trial, Androni Giocattoli Sidermec has never missed a good action. After very little from the start it was Marco Frapporti who slipped into the breakaway that became shortly after five. Maximum advantage to touch the four minutes and Frapporti good to win the two flying goals that presented the village. Two partial sprints that allowed him to resume the command of the ranking of flying goals, in front of Comrade Ballerini. Frapporti also leads the classification of the escapes and of the combativeness.

With the flight recovered just over twenty kilometers from the finish line, Manuel Belletti was the most brilliant interpreter of the Italian champions. Good to remain in the first race plot, the sprinter from Romagna finished in seventh place the sprint in the autodrome won by Sam Bennett. Before that, on the slopes of the Tre Monti, it was Davide Ballerini who tried the extension, before being stopped by a mechanical problem.