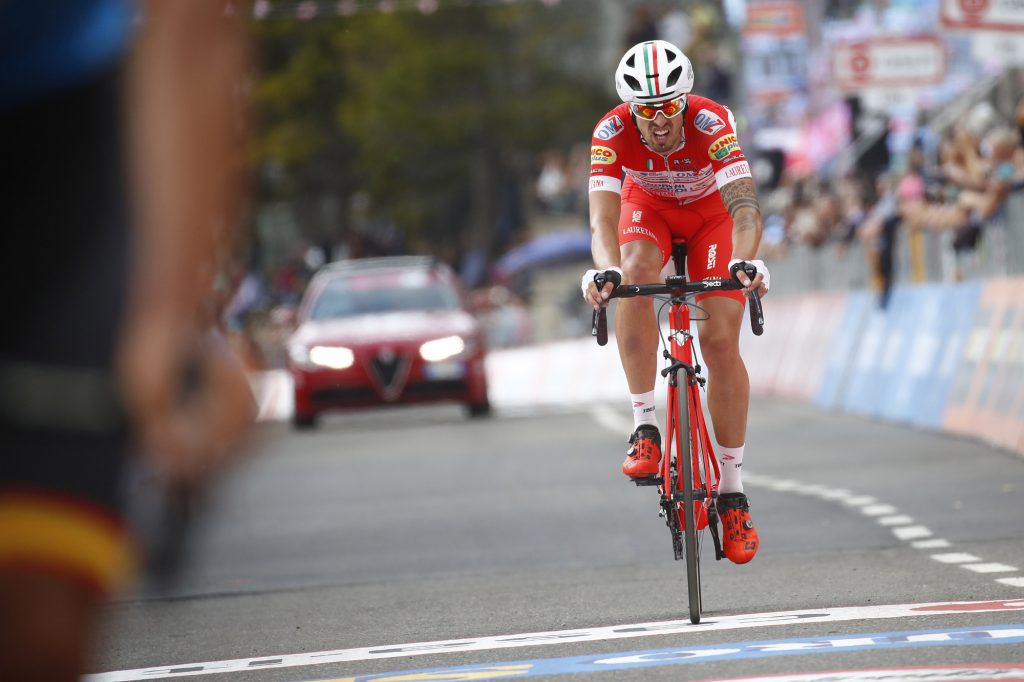 At the eighteenth stage finally the breakaway succeeded. And of course the Androni Giocattoli Sidermec could not be missing that from Abbiategrasso-Prato Nevoso (196 kilometers) come out with a third place with Mattia Cattaneo, good at fighting to the last point on the Piedmontese finish.

Cattaneo entered the breakaway of the day with Davide Ballerini to do much more than a support. Action of twelve riders that the group finally let go, for the first time in this Giro. Maximum advantage around 15 min with the long final ascent that saw the battle for the success Mattia Cattaneo, the young German Schachmann of Quick Step, Plaza and Pfingsten more than the others.

The Androni Giocattoli Sidermec climber, who at the Giro is finding the best condition in this third week after the fracture of the clavicle of March, has responded with brilliance to the repeated shots of Schachmann, has tried at least three extensions in the last two thousand meters, for then go to close third at 16 “from the same Schachmann, who was the favorite and taken for the last and decisive time to the less than 500 meters from the finish line. Second closed Plaza. Cattaneo is warm when he tells his stage: “I tried. I knew Schachmann probably had more legs, but I also tried to stretch to see his reaction. I’m still satisfied, I gave everything. I was sure that the condition would arrive in this third week “And again on her motiv of this ride for Androni Giocattoli Sidermec:” It was days that we tried and today the flight is gone; I tried to do everything. ”

Davide Ballerini closed tenth, winning the two flying milestones of the stage. The Lombard is back as leader of the special ranking ahead of Comrade Frapporti.

Today the Giro rises to Bardonecchia. For the third last stage we start from Venaria Reale.