No fear for the big World Tour teams at the Strade Bianche for the team Androni Sidermec on Saturday 4th March. Only the awareness of doing a good performance,  animating the race since the beginning! The first attempt to break away is made by Raffaello Bonusi – the first Italian winner of the season – in a quartet which is later reached by the group. After some attacks a little group of six is formed ahead, and Mattia Frapporti is there. This is the breakaway that characterizes the race with six minutes of advantage on the group. The advantage reduces when the favorites of the group start to attack. “We highlighted our young boys in the first Italian race of the World Tour – said the team manager Gianni Savio – Compliments to everybody and in particular to Mattia Frapporti, Raffaello Bonusi and Fausto Masnada, three young professionals who not only attacked in the first part of the race but succeeded to finish it, passing the finishing line in Piazza del Campo in Siena, where the ex-World champion Michal Kwiatkowski won some minutes before.” 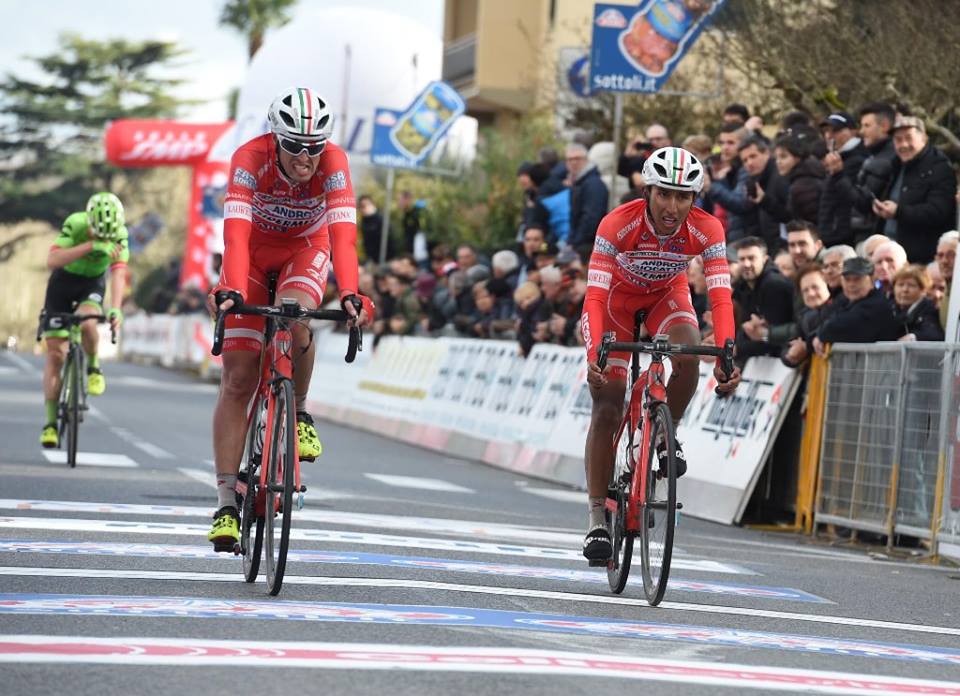 Great numbers also in Larciano for the GP Industria e Artigianato! Fourth Mattia Cattaneo, fifth Egan Bernal and seventh Francesco Gavazzi. A “great number” for the team directed by Gianni Savio and Giovanni Ellena, who animated the race with a sprint of the young Davide Ballerini  and the ex-captain Franco Pellizotti, and a great action in the last 10 kilometers with Mattia Cattaneo and Egan Bernal.