Reparto Corse| Uncategorized| ANDRONI SIDERMEC BOTTECCHIA: GREAT EMOTIONS NEXT TO THE GREATEST CHAMPIONS IN THE WORLD

ANDRONI SIDERMEC BOTTECCHIA: GREAT EMOTIONS NEXT TO THE GREATEST CHAMPIONS IN THE WORLD

The emotions continue at the Corsa Dei Due Mari! 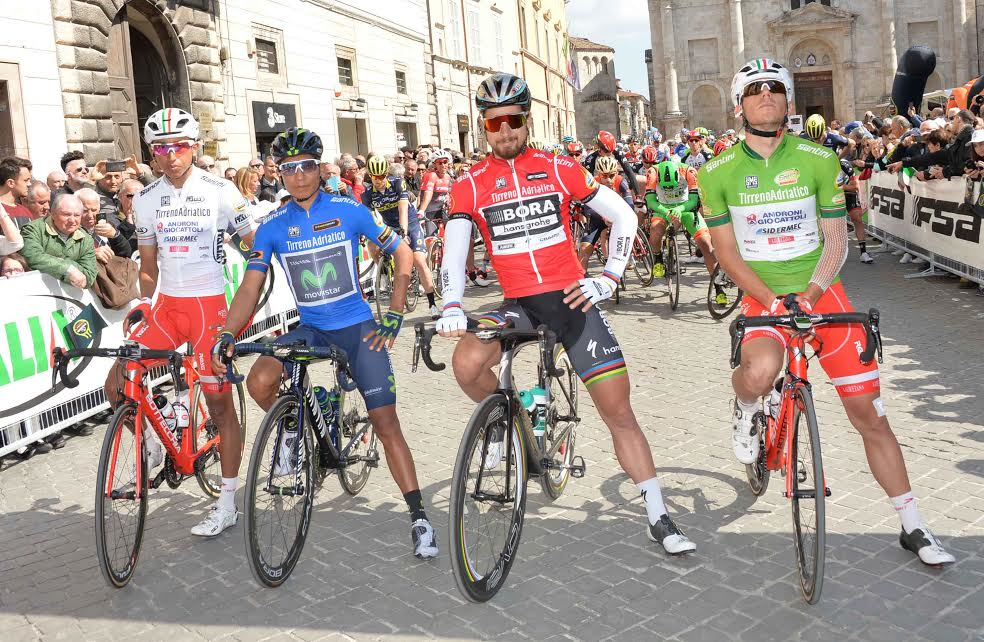 Red and white are the colors of the uniform of the Androni Sidermec Bottecchia but with the incredible performance at his first Tirreno Adriatico, Davide Ballerini introduces also the green! Thanks to the points reached in the break away the young athlete has been crowned King of the Mountain at the 52nd edition of the Corsa dei Due Mari, winning the green jersey that has been assigned in occasion of the second to last stage won by Fernando Gaviria, where the same Ballerini and Bonusi have been in the break away lasted almost all the race.

In the photo, made at the start in Ascoli Piceno, Egan Bernal with the white jersey of Best Young, and Davide Ballerini with the green jersey of King of the Mountain are next to the world champion Peter Sagan, and the leader of the Tirreno Adriatico Nairo Quintana.

“I reached to conquer it today – said Davide Ballerini to the national tv after passing the finishing line – it has been an amazing experience.” The cameras of Rai tv  filmed a beautiful gesture when Davide thanked his mates at the end of the race. Good performance also for Mattia Cattaneo.