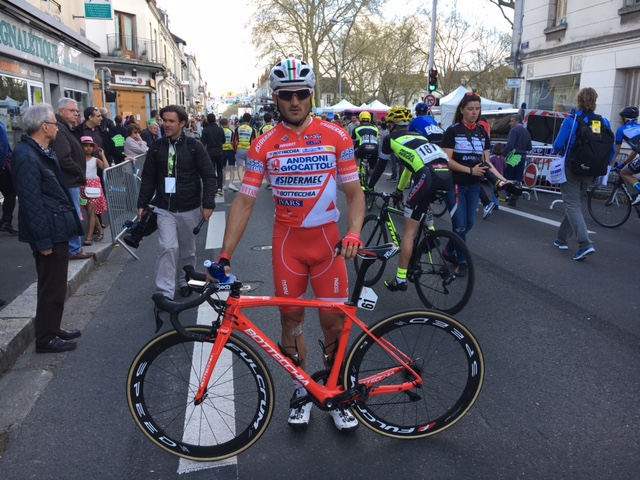 The French week of the Androni Sidermec Bottecchia saw our athletes as protagonists.

After last visit where Cattaneo won the last stage of the Tour de Provence, the team reached great results also this time in the Route Adelie and Roue Tourangelle.

At the Route Adelie Andrea Palini, Mattia Frapporti and Andrea Vendrame animated the race, that ended on the finishing line of Vitrè where won the French Pichon and Malucelli placed 11th.

At the Roue Tourangelle Luca Pacioni has been the protagonist of the breakaway which characterized the race. His attack unfortunately wasn’t successfull because of a fall that avoid to him to reach the finishing line with the others who succeed in reaching it with a lead in spite of the great work of the Cofidis for Bouhanni, winner of the final sprint. Nineth place for Marco Benfatto on the finishing line where won Dassonville.

Finally,  in the first stage of the Circuit de La Sarthe, Andrea Vendrame reached the 20th podium of the Androni Sidermec Bottecchia. He placed third after a great performance.