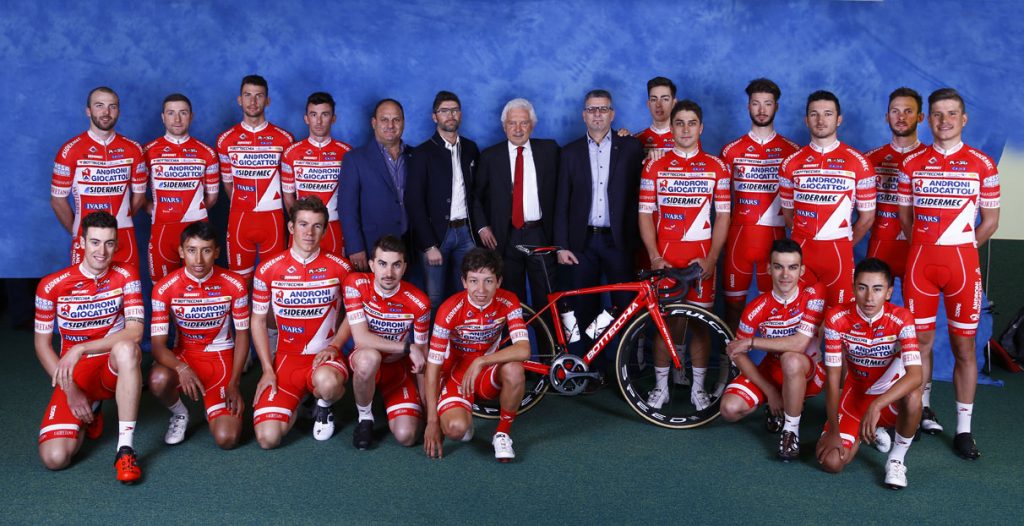 At the beginning of the year, in the candidacy report presented to RCS to get the WIld Card to partecipate in the Giro d’Italia, the Androni Sidermec Bottecchia listed the promotional activities that it would have done to promote and support the Pink Ride.

The most important pages of the report were about the 2017 project: the staff of the new season and the young.

The presentation of the riders of the team was the most significant business card: a team composed by young Italian and South American talents and riders with big experience.

30 days before the Giro the results reached by the team are the proof of what has been promised in the report. In the Italian races of the first trimester the Androni Sidermec Bottecchia has been:

Thanks to the results reached by the athletes and presented in the report, the Androni Sidermec Bottecchia is now on the top of the Team Classification of the Cycling Cup with 183 points, before the Nippo Vini Fantini De Rosa, Wilier Triestina Selle Italia, UAE Abu Dhabi and Bardiani CSF.

The captain of the team, Francesco Gavazzi, dominate the Individual Classification of the Cycling Cup, followed by his mates Egan Bernal and Mattia Cattaneo.

Nevertheless the team has been excluded from the Giro d’Italia!

Since the announcement of the Wild Card the team manager Gianni Savio continue to repet that this os a great injustice. We think he is right and the facts before mentioned are demonstrating it.