ANDRONI SIDERMEC BOTTECCHIA : VENDRAME KING OF THE MOUNTAIN IN DUNKERQUE 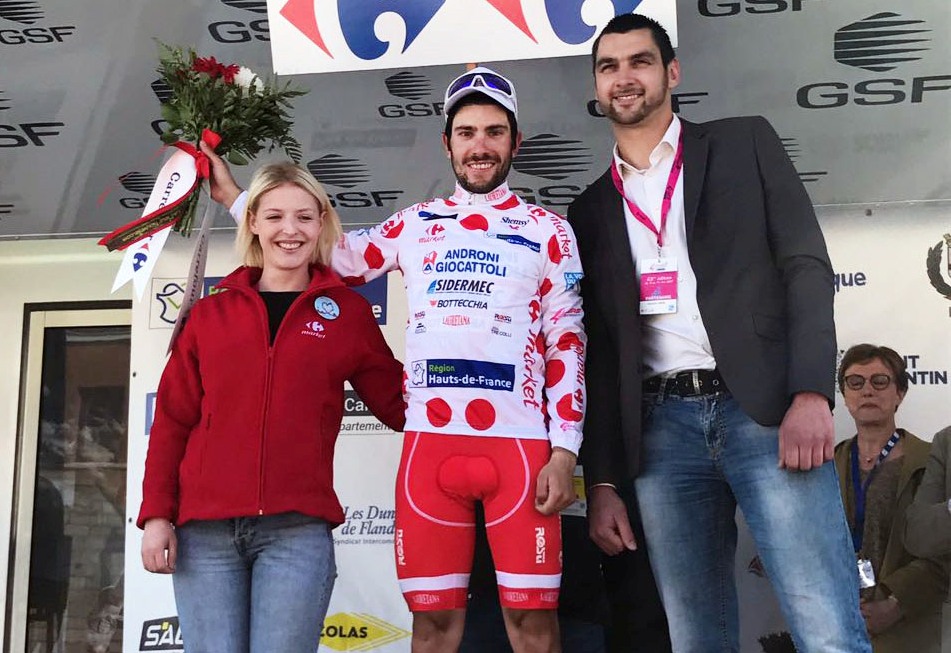 The Androni Sidermec Bottecchia has many fans all over the world and, especially after the recent performances,  a lot of team are also in France. The team was applauded at the departure of Coudekerque-Branche and on arrival at Dunkirk, where Andrea Vendrame was on the podium to wear the pois jersey, as the winner of the final rankings of the King of the Mountain. An important achievement for a new professional, who faced at 4 Jours de Dunkerque various World Tour teams. In the last stage, the French Adrien Petit won with his fellow Clement Venturini the General ranking. This season, the Androni Sidermec Bottecchia won in France with Mattia Cattaneo at the Tour de Provence and with Andrea Vendrame at the Tour de Bretagne. Now Vendrame has imposed himself as the King of the Mountain in the Hors Categories race. At the end of the event, the  Team Manager Gianni Savio said: “Congratulations to all the team, we have three victories, won thirty-one podiums and achieved the first place in the Cycling Cup ranking, the Italian Team Championship. Once again we demonstrated our value and the reality of our project.”
I cookie sono usati per migliorare la vostra esperienza e per analisi del traffico con Google Analytics (anonime con dati aggregati).
Leggi la policy e prosegui nel sito se sei d'accordo.Accetto
Privacy & Cookies Policy