The Sibiu Tour leader’s shirt, after being worn by the chronoprofessor Andrea Palini, is back on the shoulders of Egan Bernal, winner of the second stage. Bernal triumphed in solitude on the arrival at Balea Lac, standing in front of Swiss Colin Stuessi and American Jonathan Clarke.
Thanks to the wide gap  of more than a minute on the immediate pursuers, Bernal has become the leader of the overall ranking.
The young Colombian is the 14th season win for Gianni Savio’s team.

The second arrival on a climb in the Sibiu Tour and the second win for Egan Bernal, who has consolidated the position of leader of the race. Androni Sidermec Bottecchia controlled the race in the third stage, neutralizing a run of five runners and on the final climb, Bernal first attacked Swiss Stussi and Moldavian Raileanu, then three kilometers from the arrival he swam all to win, on the Paltinis finishing line, the second consecutive victory in the Romanian stage race. 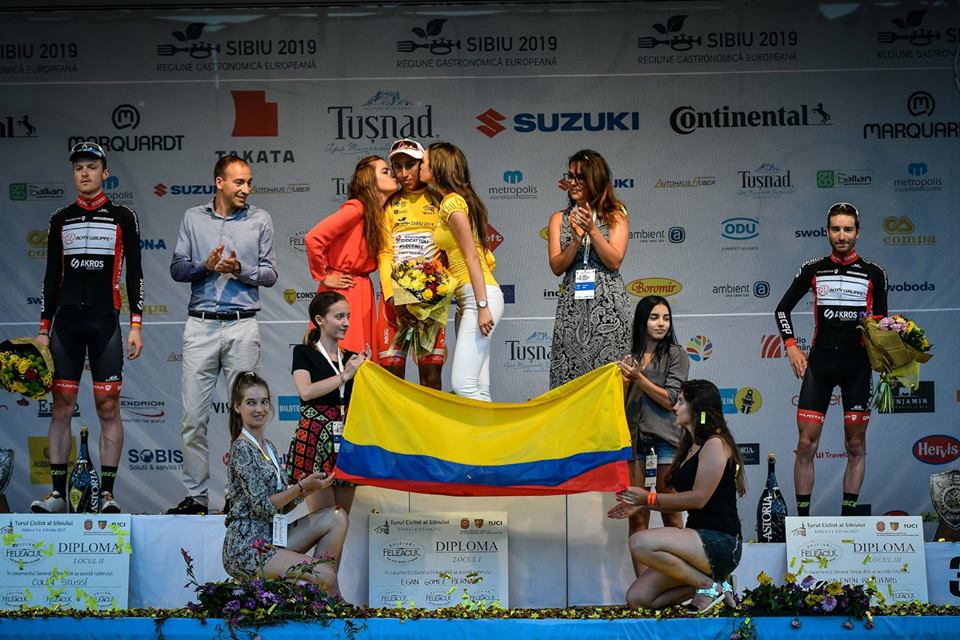 The two victorories of Egan Bernal allowed him to conquer the Tour de Sibiu, which ended with the stage won by Eduard Grosu. Third place for Francesco Gavazzi. Andrea Palini placed fourth.
Still a great performance for Androni Sidermec Bottecchia!