ANDRONI SIDERMEC BOTTECCHIA ON THE FINAL PODIUM IN TURKEY 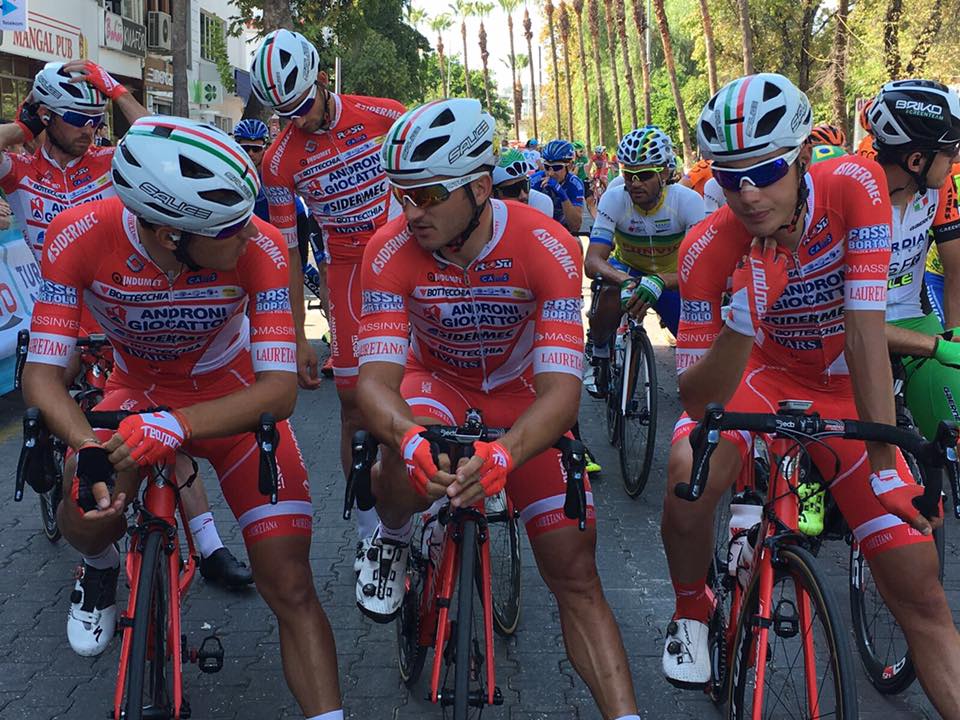 To confirm the continuity of performance, even in the fifth stage of the Tour of Turkey, Androni Sidermec Bottecchia placed two riders in the Top Ten of the order of arrival. On the finish line in Izmir, eighth and ninth place for Davide Ballerini and Francesco Gavazzi in the group’s final sprint – reduced to fifty units after the last climb – won by Sam Bennett. During the race, Matteo Spreafico made a good test, in the breakaway of a sextet, for nearly one hundred kilometers.

A great race of the team also in the last stage, where Gavazzi placed third and Ballerin fifth, at the arrival won by Theuns.

In the overall standings, won by Diego Ulissi, the Bottecchia Italian team has won a brilliant third place with Masnada, concluding the season with another important result full of satisfaction.