VISINELLI WINS AGAIN AT THE TROPHY OF AUTUMN 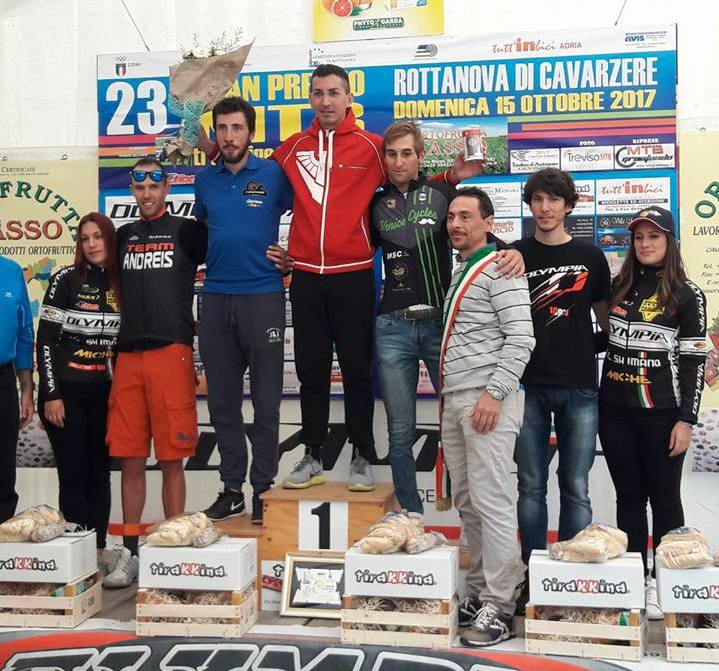 In the 23rd Grand Prix between Adige and Gorzone organized by Mtb Tuttinbici, valid as the penultimate challenge of the Autumn Trophy, our Rafael Visinelli wins, in a very fast race held at Rottanova di Cavarzere, in the province of Venice. Immediately after the departure, a quartet composed by Visinelli himself, Chiarini, Dei Tos and Carraro, was at the command of the race.

The quarted kept the advantage over the opponents, but the Bottecchia Factory Team’s rider pressed further on the accelerator, accumulating about 20 “on the three escape fellowships. Rafael Visinelli, 1985 class, had no problems and presented itself lonely under the banner of the arrival. This victory has been added to those in the first stage of Motta di Livenza (Treviso) and in the third of San Stino di Livenza (Venice), behind him with a 19 “delay,  Riccardo Chiarini (Team Nob Selle Italia) and Tiziano Carraro (Team Venice Cycles). Mark Quagliardi is well placed to mark the 12th place.

Sunday 22 October, seventh and last appointment with the Autumn Trophy 2017 in Sant’Anna di Chioggia (Venice). The competition will be valid for the Venice Provincial Championship of the various categories and the Reds will try to be still protagonists.