The 2018 season of the Androni Sidermec starts tomorrow from Venezuela and Vuelta al Tachira. 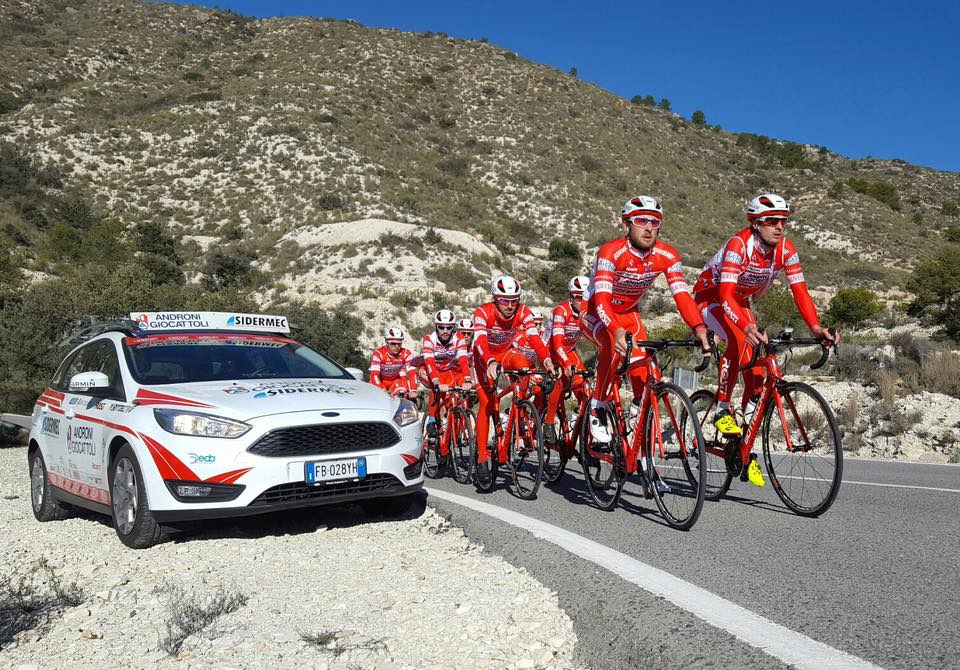 The champions of Italy, as usual can be said, make their debut in South America, where just a year ago they obtained the first victory of a brilliant season closed with 100 podiums in the UCI calendar.

“We received a warm welcome from the many fans we have here in Venezuela”, says team manager Androni Sidermec Gianni Savio from South America, on the eve of the first race of the year. «It will be the debut of the team and we are proud to have on our shirts the Italian championship, which we will honor from this first date» adds Savio, immediately sought after by local media for the first interviews. The Vuelta Tachira is spread over 10 stages from tomorrow to Sunday, January 21st. The first fraction will see the riders ride from San Cristobal to Barinas for 182 kilometers. Androni Sidermec, under the direction of Gianni Savio and Giampaolo Cheula (to complete the staff also the mechanic Donato Pucciarelli), will line up with Marco Benfatto, Raffaello Bonusi, Luca Chirico, Matteo Malucelli, Kevin Rivera and Ivan Sosa .

On the ambitions of the debut is still Gianni Savio to explain that “the goal will be to give a show above all in the flat stages. Last year we won the first fraction and of course we hope to repeat. We will then look at the ranking of young people with our Ivan Sosa, just in 2017 already good at imposing in the special ranking, and Kevin Rivera, but they are still too young to think of being able to aim for the final victory, in front of already much more experienced riders ».