Reparto Corse| Uncategorized| DEBUT WITH VICTORY FOR THE TEAM ANDRONI

DEBUT WITH VICTORY FOR THE TEAM ANDRONI Good first. Just like a year ago. The Androni Sidermec hits the first success of 2018 at the debut in the inaugural fraction of the Vuelta al Tachira in Venezuela. Matteo Malucelli won the group sprint that closed the Concafè (Bramon) -Santa Barbara de Barinas of 185 kilometers. The fraction, disputed under an infernal heat, led riders from the Tachira region to the Governacion de Barinas.

Surrounded by the Venezuelan media, the team manager Gianni Savio on the finish line greeted his boys enthusiastically: “Congratulations to the whole team,” said the technical director, as he is called in South America. “The boys have perfectly interpreted the provisions of the morning technical meeting”. The Androni Sidermec, the first with the tricolor shield on the chest, won in the sprint with Malucelli, not before having worked with all the men to go to close the predictable breakaway of the day, playing in the first and nervous part of a fraction that in the last hundred kilometers, however, it appeared completely flat. “It was not easy,” continues Savio, “and ours were very good at recovering the nine minutes that the two Colombians Baron and Talero had accumulated. They all had to work hard, including Sosa and Rivera who are our men for the youth rankings. They gave everything so much that they broke off in the end. Well done. And the whole team is good. It is always a great satisfaction to win the debut and it is nice to do it in a country where we have always followed a lot “.

Matteo Malucelli, forlì born in 1993, defeated the Venezuelan Yonathan Monsalve (Venezuela Pais Futuro) and Orluis Aular (Gobernacion de Yaracuy) in the final sprint. Just Monsalve, who ran for a long time in Europe, had started his career with the colors of Androni Giocattoli in 2011. For Malucelli, in his second year with Androni Sidermec, is the twelfth success in his career, also arrived with a bit ‘of thrills final: the runner of Androni Sidermec, who won well with raised arms, in fact, has pierced in the last five hundred meters, but fortunately close enough to the finish line not to suffer comebacks and mockery. Tomorrow the Vuelta al Tachira, with Malucelli in the jersey of leader, will face the Suripa-San Cristobal-Borotà of 173 kilometers. 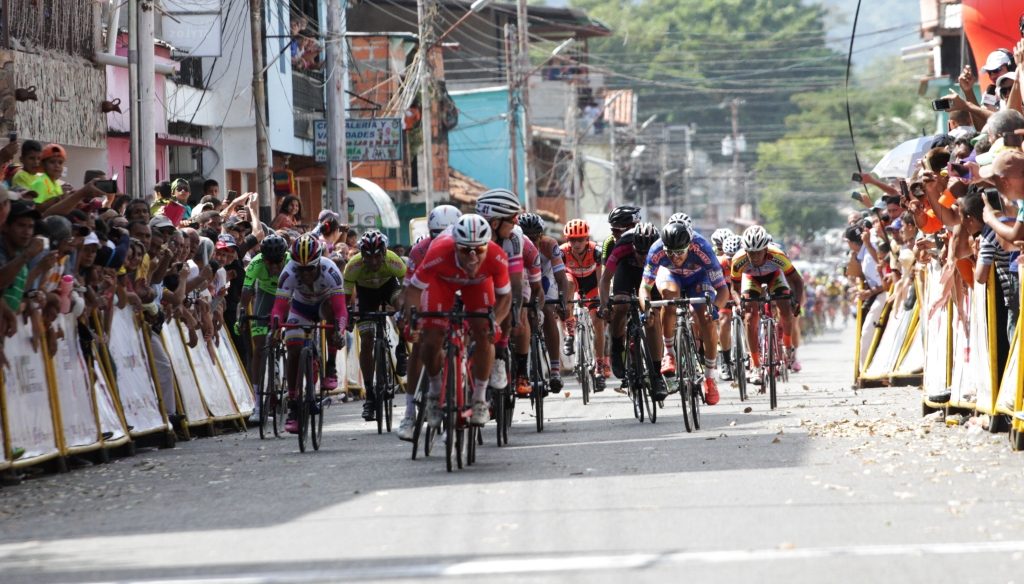 The second victory arrives in the third stage of the Venezuelan race always with the Romagnolo Malucelli.

The circuit of the Tariba-San Cristobal (147 km in total) in addition to the victory, also gave the second place to the Italian champions with the other sprinter Marco Benfatto. Controlled and convulsive stage only in the last 300 meters when a fall of a home runner has messed up the floors a little. «As from the Malucelli programs, he was leading the way for Benfatto, who should have been our man today» explains Androni Sidermec’s team manager Gianni Savio from the finish line. “The fall, however, has created quite a stir with Benfatto who has remained in the saddle by a miracle. At that point Malucelli continued reaching the finish line in front of everyone with a few meters of advantage. Benfatto, for his part, was still good at relaunching the action and closing in second place ». The other Androni Sidermec Luca Chirico was unlucky, fourth yesterday, who was involved in the crash right in the final sprint. For him a big blow and a strong hematoma in the knee region.