TOP THREE AGAIN FOR THE ANDRONI AT THE VUELTA AL TACHIRA 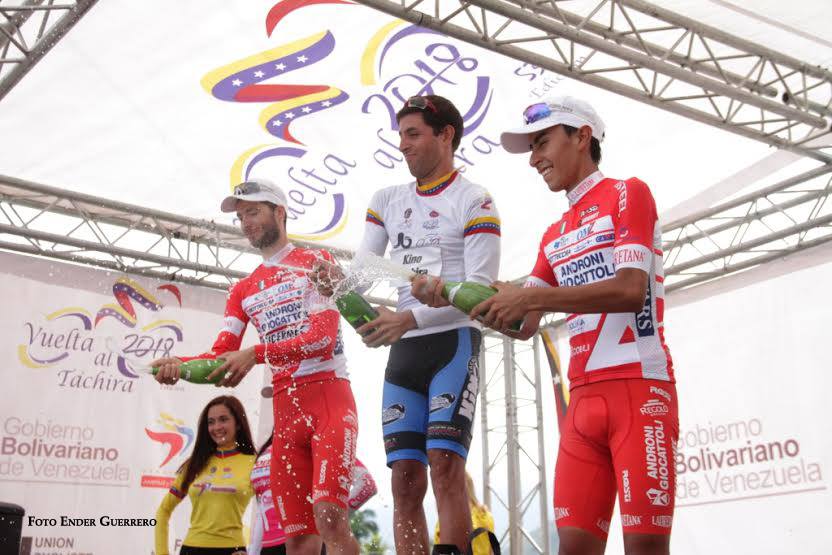 Another good test today at the Vuelta al Tachira for Androni Sidermec. The Italian champions come out of the fifth stage of the Venezuelan race (the Fria-Trovar of 147 kilometers) without the big booty, but even with a second, third and fourth place. The placements in the order came from Raffaello Bonusi, Ivan Sosa and Kevin Rivera.

The Venezuelan Jorge Abreu (Gobierno de Yaracuy) won the fraction; Bonusi has arrived detached for a few seconds, while a little further behind, about a minute from the winner, have crossed the finish line the two young South Americans, already great protagonists yesterday, dell’Androni Sidermec. The stage has lived on a long escape (more than 130 kilometers) of seven men with, among others, Malucelli (which has increased the lead in the points classification), Bonusi and the winner. Just Abreu and Raffaello Bonusi were the only two riders on the sidelines not to be reabsorbed in the final stage. In the group’s avant-gardes, the 20-year-old Colombian and the 19-year-old Costa Rican from Androni Sidermec, who placed third and fourth respectively. Tomorrow I arrive uphill in La Grita.

Matteo Malucelli remains the leader of the points classification.