Reparto Corse| Uncategorized| PODIUM IN THE QUEEN STAGE OF VUELTA IN SAN JUAN. FOURTH PLACE IN THE FINAL CLASSIFICATION FOR TORRES.

PODIUM IN THE QUEEN STAGE OF VUELTA IN SAN JUAN. FOURTH PLACE IN THE FINAL CLASSIFICATION FOR TORRES. 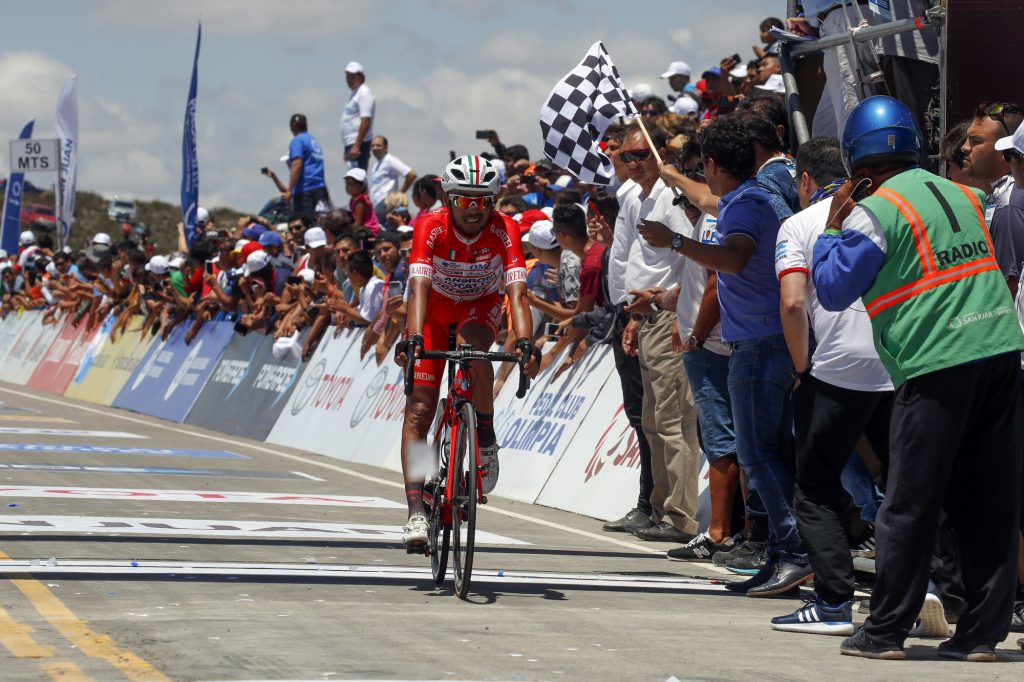 After the scare for the bad fall of Manuel Belletti, in the fifth fraction of the Vuelta a San Juan in Argentina after the rest on Thursday, good news arrives for Androni Sidermec. In the queen stage of the Argentine race, the one with the arrival to the Alto de Colorado, the Colombian Rodolfo Torres has reached the third position.

Beautiful test instead of Fausto Masnada in the penultimate stage. The Androni Sidermec rider was absolute protagonist of the sixth fraction: first he entered the break away of fifteen riders that marked the entire day, then he tried to lengthen even in solitude. At less than ten kilometers from the end, the rider of Androni Sidermec was still alone in front of everyone. Masnada in the final, after the return of the other riders, was good to finish in ninth place just 2″ from the Belgian Wallays who won the stage.

The emotions continued until the last stage of yesterday, where the Argentine stage race ended. The Colombian Torres wins the fourth place in the general classification, missing very little the podium.